Stockholm’s Royal Palace is of interest to most visitors. 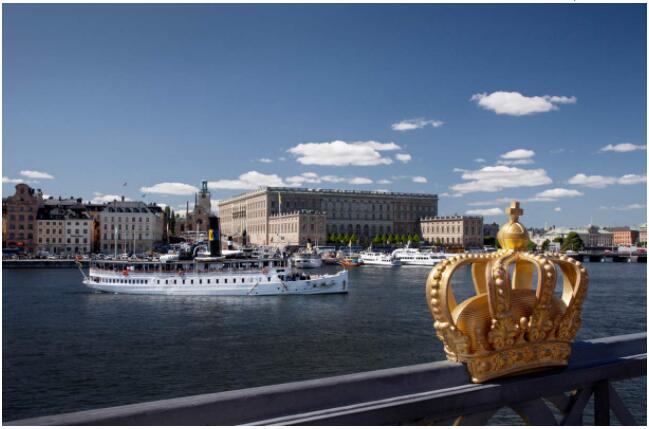 Attractions in the old town

The oldest part of Stockholm is the old town, Gamla Stan, and the small island next to it, Riddarholmen. The Old Town is one of Stockholm’s most popular tourist destinations and is visited by countless tourists every year.

Stockholm’s most famous sights, such as the Royal Palace with its museums, are located in the Old Town. The Old Town also houses the Nobel Museum, or Nobelmuséet, and the House of Knights, or Riddarhus.

On a beautiful day, take a short walk from the Old Town to Södermalm’s Fjällgatan, which offers great views over Stockholm. Another interesting vantage point is located in Fåfängan, where you can enjoy the views of the historic café in addition to the views.

Many consider Stockholm to be one of the best shopping cities in Northern Europe. There are many shopping places in the Nordic design center: shopping malls, department stores and shopping streets. In addition to local favorite brands, Stockholm also has international chain stores that have not yet landed in Finland.

The experimental winds of fashion first blow in Stockholm at Södermalm. The trendy Södermalm area has fashionable, youthful and bohemian shops. The most luxurious brand stores can be found in Östermalm.

In the old town, you can shop in the small shops that line the alleys, selling everything from beautiful small items and souvenirs to clothes and delicacies.

The largest and most famous shopping venues are located in the heart of Stockholm. In the vicinity of Drottninggatan you will find both large chain stores and small boutiques, as well as the department stores of Nordiska Kompaniet, PUB and Åhléns.

The price range in Stockholm is similar to that in Finland. You can even go shopping all week, as all department stores and most larger stores are open seven days a week.

Stockholm is known for its lively nightlife. In Stockholm, you can spend the evening in cafes, pubs, restaurants, bars and nightclubs – each district has its own. The city’s restaurant selection includes everything from top restaurants to ethnic flavors, inexpensive small restaurants and slightly more special eateries.

Södermalm’s nightlife is trendy and varied, and the turnover is high. The most established and well-known nightclubs can be found in the city center and around Kungsträdgården. The Stureplan region is the core of Stockholm’s nightlife.

Many of Stockholm’s nightclubs are open until the morning and the lively nightlife is especially on the weekends. Stockholm also has a wide range of different events and concerts.

Family with children in Stockholm

Stockholm is a great destination for families with children: the journey is short and easy either by boat or plane and the city has plenty of fun to do. On a cruise, a trip to the destination is an experience for the little ones in the family.

Stockholm’s most popular family destinations are Junibacken, which draws on the fairy-tale world of author Astrid Lindgren , Gröna Lund amusement park, which operates during the summer months, and the open-air museum Skansen. Also, many of the most traditional attractions and even museums are exciting experiences for children too: the wreck of the Vasa Museum is like straight from fairy tales and the water museum at Aquaria has enough fun to marvel at seafood in the tropical rainforest.

Kunkaanlinna with its museums, located in Stockholm’s Old Town, is one of Stockholm’s most famous attractions. In Kunkaanlinna you can find, for example, the Varuskamari or Livrustkammaren , and the treasure chamber or skattkammaren . The traditional changing of the guard takes place in the outer castle courtyard and is fun to watch from the side.

Skansen for the whole family

Located on the island of Djurgården in central Stockholm, the open-air museum in Skansen has plenty to do for the whole family. More than a hundred historic buildings from different parts of Sweden have been moved to Skansen, so tourists can take a quick tour of the country’s history and culture. Skansen also has a large zoo.

The Stockholm Globen is a venue for major sporting events that can also be explored in a slightly more special way. The round hall is surrounded by a glass observation lift that takes visitors to the top up to a height of 84 meters to admire the scenery. An exciting experience is great for the whole family.

History at the Vasa Museum

The Vasa Museum is one of the most popular museums in the Nordic countries and its crown jewel is the warship Vasa, the world’s only surviving 17th-century ship. The Vasa ship, which sank in the middle of Stockholm on its maiden voyage, had time to be submerged for 333 years before it was lifted to the surface in 1961. The restored ship retains almost all the original parts and wood carvings. An exciting destination suitable for the whole family.

The Abba Museum is a must-see for music fans

In 2013, Sweden’s most famous band, Abba, got its own museum in Djurgården, Stockholm. Abba the Museum is located on the premises of the Swedish Music Hall of Fame.

For example, the museum has collected the band’s old performance clothes, presentations of places important to the band, and a hologram stage where visitors can describe themselves as members of Abba. At the museum, guests are transported by voice guidance recorded by band members.

The fairytale world of Junibacken

Located on the island of Djurgården, Junibacken has drawn its inspiration from Astrid Lindgren’s fairy-tale worlds. Junibacken’s fairytale train takes children to Eemel, Peppi Pitkätossu and numerous other favorite characters.

There are also many other places of interest in Djurgården next to Junibacken, including the Aquaria Water Museum for families with children.

Drottningholm Palace is a UNESCO World Heritage Site and a private residence for the Swedish Royal Family. However, much of the castle, built in the 17th century, is open to tourists. The palace, about 15 km from central Stockholm, is easily reached by metro and bus, or in the summer months by boat or bicycle.

THE BEST OF STOCKHOLM 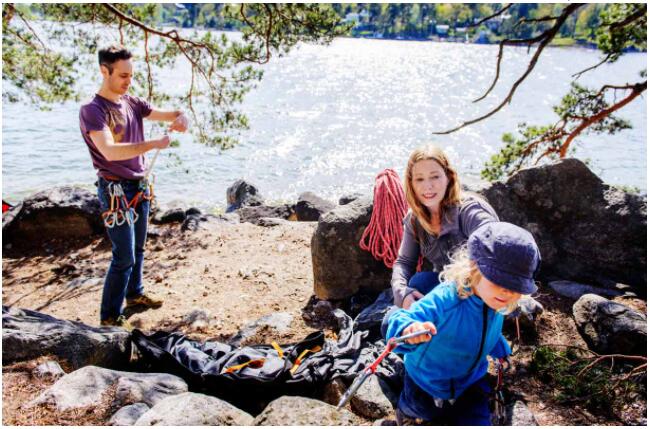 The Swedish capital is also a great destination for active travel.

The best places to visit in Stockholm

The best experiences in Stockholm